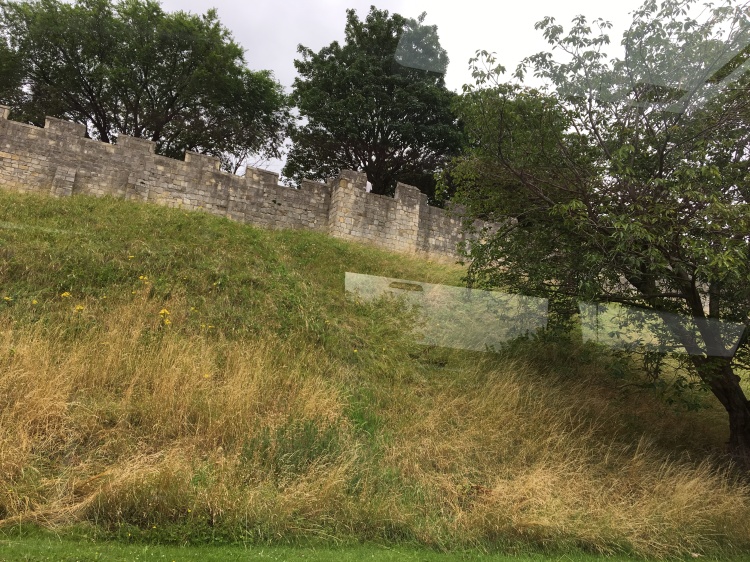 The Ancient City Walls of York

Below the streets of York are buried the remains of Jorvik, the Viking name for York. It’s a city that over 1000 years ago, was one of the busiest towns in Europe.

The Viking period in England  (AD 793 – 1066)  was a time in our history of  foul and cruel deeds by the Scandinavian  pagan invaders, who robbed and burned churches and eventually conquered England.

During the building of the Coppergate shopping centre in the 1970s. Viking remains were discovered and a huge dig from 1976-1981, exposed a whole neighbourhood of the Viking town of Jorvik.

Today, on the same site, below the modern Coppergate shopping centre is the Jorvik Viking Centre and set out just as it was 1000 years ago.

Accompanied by my daughter Sophie, the Jorvik Centre was the focus of one of my recent visits to York. It wasn’t our first visit to the centre, but was the first since the devasting Boxing day floods of 2015.

It’s traditional and indeed expected that visitors to York will visit Jorvik.  I would highly recommend booking tickets in advance, a simple process available on-line. Additionally, the tickets can be used again at no extra charge during the following twelve months.

Booking our visitor tickets in advance enabled us to bypass the very long queue of people waiting outside.

Our allocated time slot for Jorvik Centre visit was 12.40 pm, this allowed us to induge in an early lunch at one of the street cafes and enjoy the hustle and bustle of the old streets of York.

In the market area we met the ‘Fudge Guy’, the one who makes all his own produce and he was more than happy to pose for a photograph.

On The Shambles, the oldest street in England and dating from 99AD we found the queue outside the Harry Potter shop was a pretty big one.

Also of The Shambles is one of the videos I intially recorded to send to a friend.  Apologies for my  background comments, and for the jerkiness of the camera operative (Me)!

We arrived a little early at the Jorvik Centre but nevertheless we were ushered ahead of the queue and into the centre by a very helpful staff member. Unexpectedly with us on the day was Sophie’s two year old daughter, however, this made no difference to our advance booking arrangement.

The tour journey takes the form of riding in a fairground type carriage on a track. A small booster seat was offered to our two year old and as the lighting was necessarily poor she was given a lantern to light her way, a very nice touch that was appreciated.

I filmed a video and took  photographs, none of which were highly successful because of the dim lighting. However, since then I found an official video online and instead of my own efforts I’ve included the official one here.

We thoroughly enjoyed our visit to the Jorvik centre and even our two year old whose intitial reaction was panic, soon settled and enjoyed the tour.

I would highly recommend a visit to York, but one day is not nearly enough to absorb the sights, sounds and the history this medieval city has on offer.